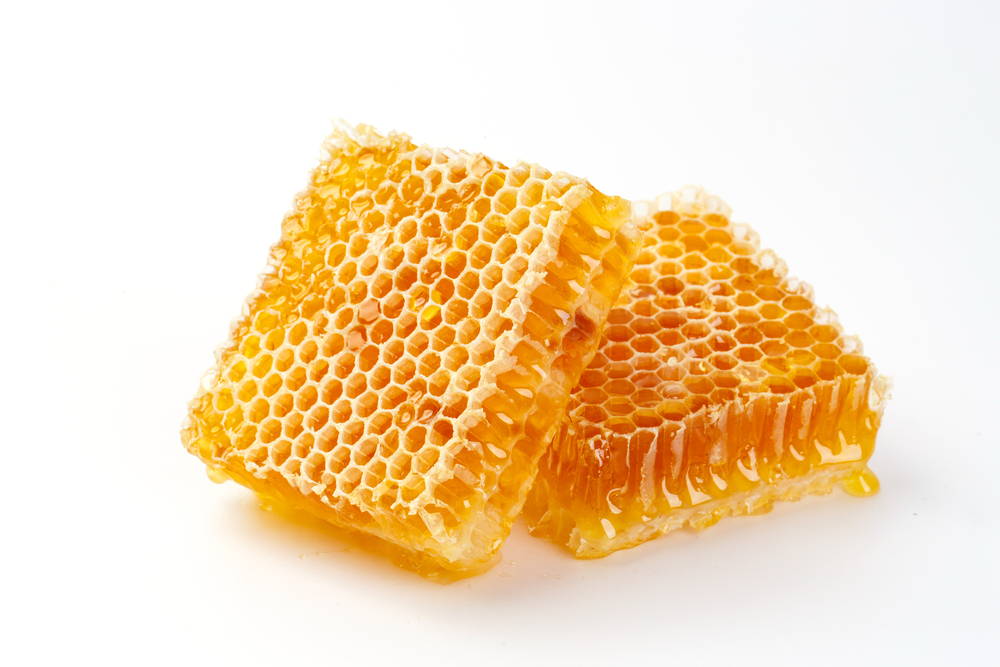 We all know honey as the thick, sweet golden liquid produced by clever bees, but how exactly do bees make honey?

The starting point for honey is nectar, the sugar rich liquid produced by flowering plants and trees that attract bees and other pollinating animals. For plants to reproduce, they need to get pollen from one flower to another, but since plants can not move they produce the sweet nectar to attract bees and other pollinating animal to act as couriers to transport the pollen that sticks to them when collecting nectar. 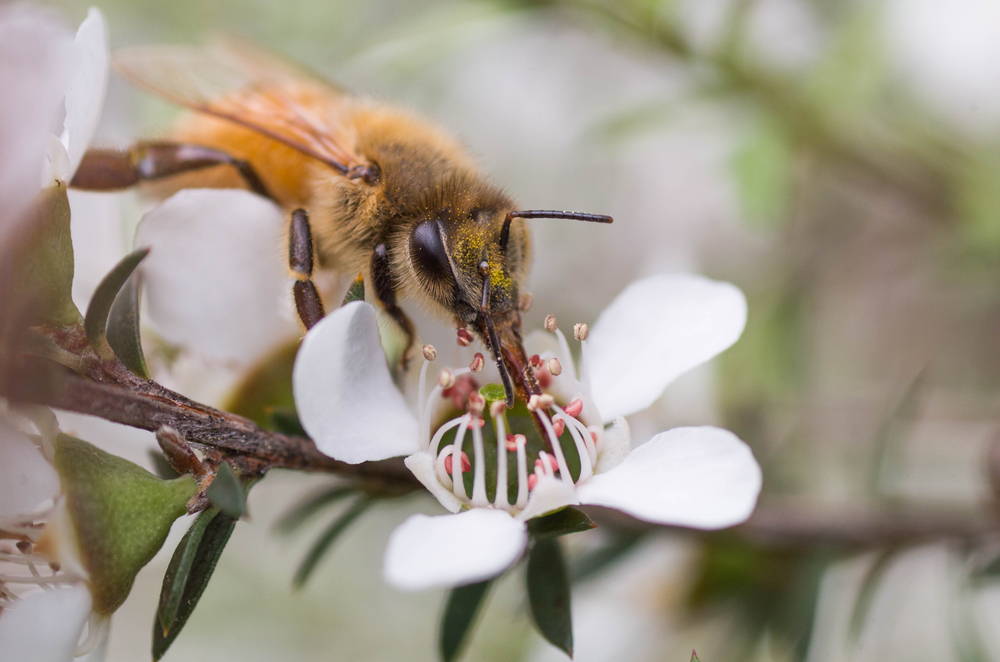 The bees collect this nectar from flowers using their long, tube-shaped tongue. The nectar is stored in their honey stomach, also know as the “Crop” where an emzyme is released to break down the complex sugars of the nectar into simpler sugars, making it better for long term storage. 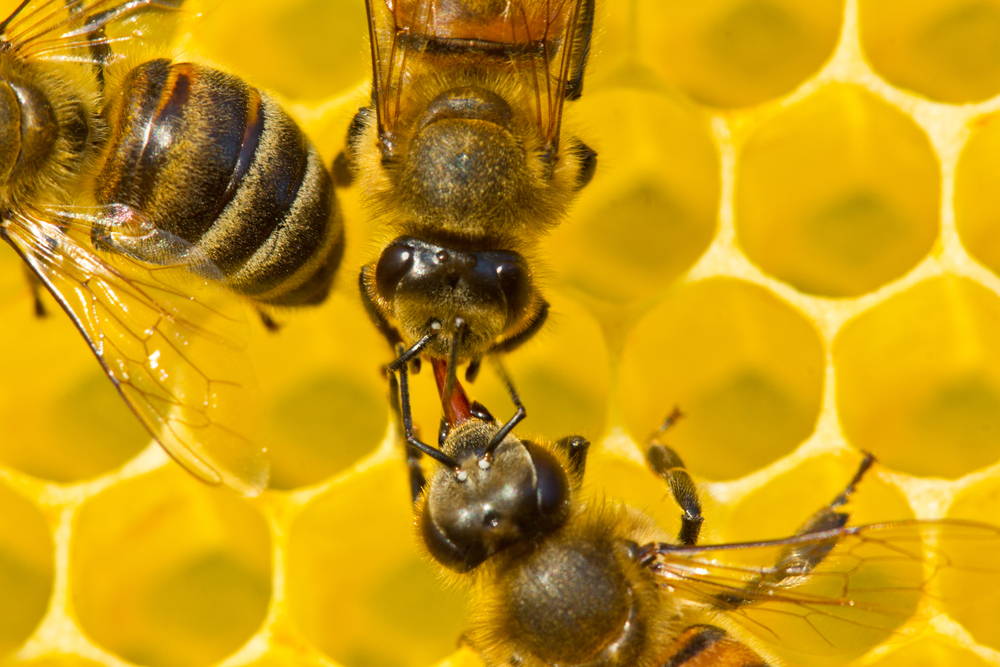 Once the foraging bee returns to the hive it regurgitates the already modified nectar directly to a younger house bee. The house bee ingests the sugary nectar from the forager bee, and its own enzymes break down the sugars further. This process is repeated within the hive, house bees pass the nectar from individual to individual until the water content is reduced to approximately 20%. At this point, the last house bee regurgitates the honey into a cell of the honeycomb.

For honey to be stable for long term storage within the hive, the nectar need to be evaporated until it is around 18% water, raising the sugar concentration beyond the saturation point and preventing fermentation. To further reduce the water content to this level, once the honey has been transferred to the cells, the bees fan the honeycomb containing the honey with their wings in an effort to speed up the process of evaporation. 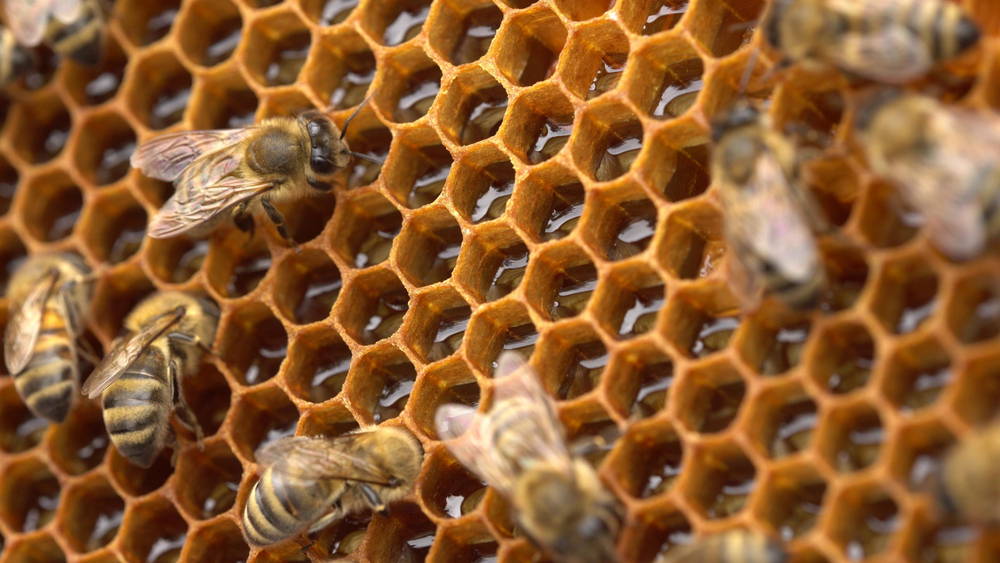 Between the process of the addition of the enzymes and the fanning, the bees are able to reduce the water content of nectar from around 70% to 18%.

Once the final honey product is at the correct water content and stored in the comb, the honey is sealed with a secretion of liquid from its abdomen, which hardens into beeswax. With the honey now sealed away from air and water, it can be stored indefinitely, providing bees with the perfect food source for the cold winter months. 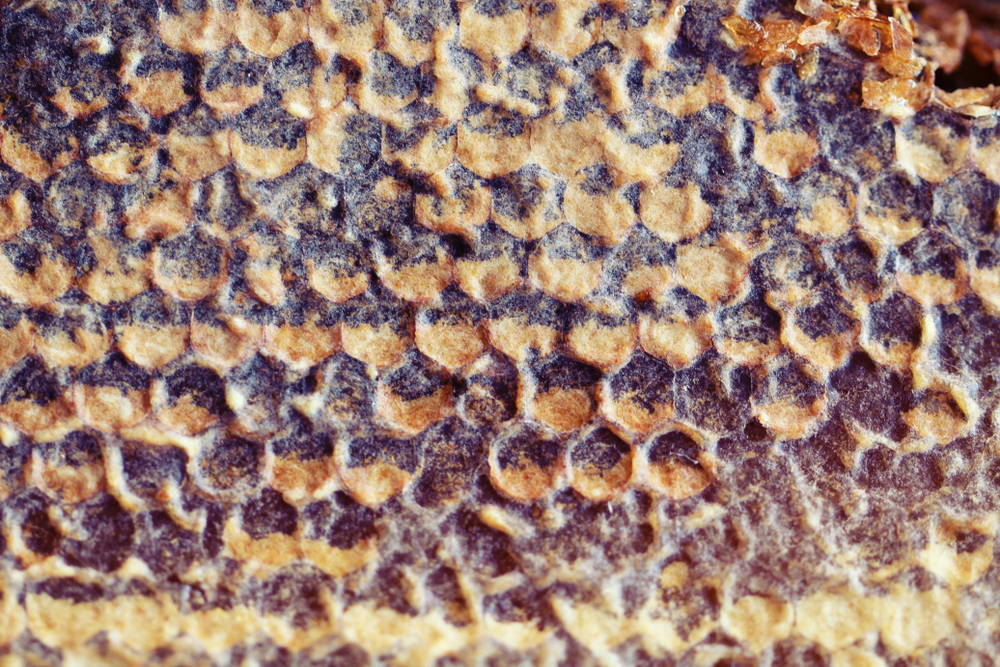 It is at this point we humans take some of the excess honey for our own consumption.

So next time you are spreading delicious honey of your morning toast, spare a thought for all the hard work that goes into making the sweet treat!

Spring is nearly upon us, get in early and get all your beekeeping supplies at The Bee Store.

Which Honey Extractor is right for you?

What is wax moth and how to protect against them?
September 04, 2019

Which Honey Extractor is right for you
August 21, 2019

What is the Bee Space and why is it important to understand
August 14, 2019